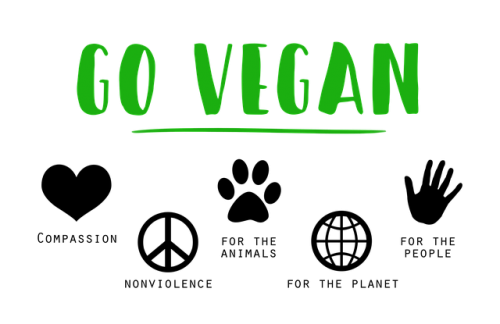 So, How’s Veganuary Going For You?

This Veganuary has seen record numbers of people signing up to ditch the meat and dairy for January and hopefully become healthier in the process.

After 2018 was dubbed the year of the vegan and plant based meat and cheese is now a common (and even cheaper) sight on the supermarket shelves, it seems that it’s now easier than ever to live on a vegan diet.

In the five years it has been running, the number of people taking part in Veganuary year on year has soared and the end of December 2018 saw thousands of people per day signing up across the globe.

This year, the Veganuary campaign included a call on Parliament to ditch meat and dairy for January in the hopes of seeing a more plant-based Parliament set the standard for the UK’s consumption of primarily vegan foods.

As we move on through the month, Veganuary 2019, it seems, has been a roaring success, with around half a million people across the planet getting involved.

What makes it so easy to go vegan?

There are a series of environmental, ethical or health reasons why people choose a vegan diet. Or, for others, it may simply be a matter of choice, having seen the positive effects that veganism has had on the people around them.

Many believe that warnings about the damage certain types of meat and dairy farming can do to the planet may have prompted a rise in its popularity. An article in the Guardian newspaper last May revealed that scientists from Oxford University had carried out ‘the most comprehensive analysis to date’, which suggested that avoiding meat and dairy could be the biggest way to reduce your environmental impact on the planet and help tackle climate change.

In the article, Joseph Poore, who led the research, said: “A vegan diet is probably the single biggest way to reduce your impact on planet Earth, not just greenhouse gases, but global acidification, eutrophication, land use and water use.”

In addition, superstars such as Ariana Grande, Beyonce and Jay Z, Ruby Rose, Lewis Hamilton, Jared Leto and Liam Hemsworth, are all keen supporters of reducing animal cruelty and improving their own health and lifestyles by turning to a vegan, plant based diet.

Health wise, the benefits of a vegan diet cannot be ignored either. Here, we’re not only talking the chance for a boost in energy, health and overall wellbeing, but many believe having a plant based diet can ward off the onset of degenerative diseases such as Alzheimer’s.

According to the Association of UK Dieticians, well balanced plant-based diets, that are also low in saturated fat, can help you manage your weight and may reduce your risk of type 2 diabetes, cardiovascular disease and some cancers. However, as with any diet, plant-based nutrition needs to be planned.

● eat at least 5 portions of a variety of fruit and vegetables every day
● base meals on potatoes, bread, rice, pasta or other starchy carbohydrates (choose wholegrain where possible)
● have some dairy alternatives, such as soya drinks and yoghurts (choose lower fat and lower sugar options)
● eat some beans, pulses and other proteins
● choose unsaturated oils and spreads, and eat in small amounts
● drink plenty of fluids (the government recommends 6 to 8 cups or glasses a day)

A well planned, balanced and sustainable diet can help to support healthy living at any age. So here’s to a healthy and happy Veganuary!

Spring Is Around The Corner – What’s In Store?

With the worst of winter hopefully now behind us, it’s fair to say that, as we hurtle towards March, Spring is on its way, with daffodils beginning to pop from the ground and tree branches just ready and waiting for new buds to emerge. So what sort of foodie treats and goodies does this mean […]

Exercising On A Vegan Diet

In the past, rumours surrounding a vegan diet have been abound. Off-putting stereotypes have flooded the airwaves and our minds have been filled with horror stories of lack of energy, malnutrition and nutrient deficits – none of which sound good in the first place, let alone being conducive to making exercise a regular part of […]