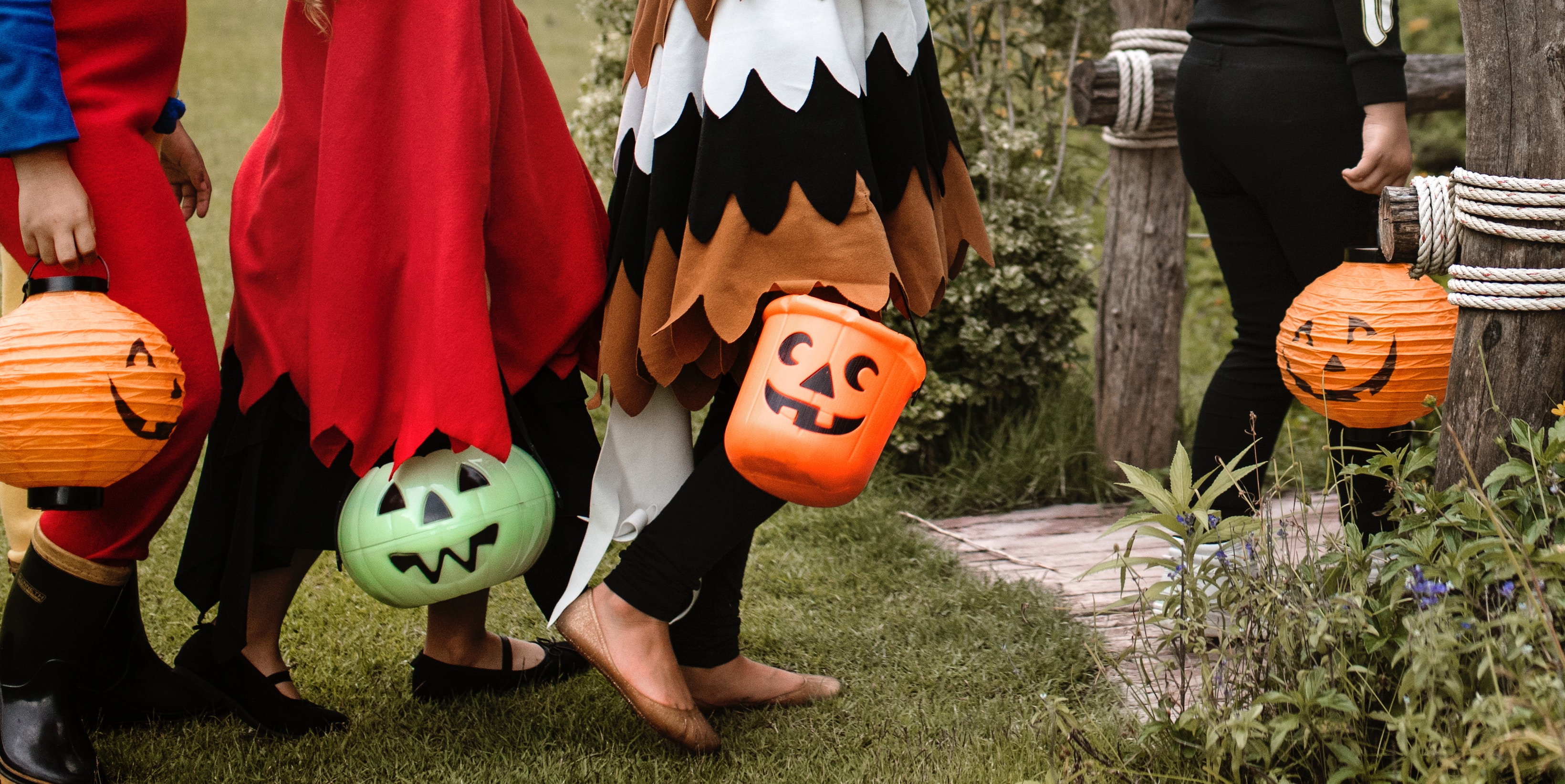 October is well underway and it won’t be long until the sounds of ghouls and ghosts fill the air, while the walking dead patrol the streets on the hunt for candy. Yes, Halloween will soon be here and kids and adults alike will take the opportunity to dress up and have some spooky fun.

If you’re having a Halloween party this year, whether it’s for grown ups or young ones, there are tons of games to play to make sure things go with a swing.

So, in addition to getting everyone to dress up in some fabulously frightening costumes, check out a few of our favourite Halloween game ideas for inspiration.

All you need is a load of toilet rolls. Players get into teams of two and have a set time for one to wrap the other up like a mummy. The person who has done the best job at the end is the winner.

This traditional game can be great for all ages and there’s so many different ways to play it. From the simple, hands behind the back and stick your face in a bowl of water to grab apples with your teeth, to apples which hang from the ceiling and the winner is the one who can eat the most in the set time, there’s great fun to be had.

Hang orange balloons from the ceiling, some filled with awesome prizes, others with not so nice surprises or nothing at all. Players stand under the balloons and choose a balloon to pop – if they dare.

Decorate empty cans or bottles as ghosts or Frankenstein’s monsters to knock over.

Pin the bone on the skeleton

Like the classic pin the tail on the donkey. The game becomes harder when you have to put the right bones in the right places.

Pumpkin carving is a lovely traditional Halloween game for people of all ages and skill sets and a great chance to get really messy. Then, for fans of healthy eating and satisfyingly filling winter warmers – there’s always the opportunity to create gorgeous pumpkin soup with the flesh.

Fill the box with slime and all sorts of pretend creepy crawlies. The players have to face their fears and guess what’s inside, without being able to see what they’re touching – ‘I’m a Celebrity’ style.

Like musical statues, but everyone is dressed up like monsters, ghosts and ghouls. A little scary addition for the older party guests can be to have a scary clown or monster moving between the statues trying to get them to move or laugh.

Murder in the dark

A detective and murderer are secretly selected from the group. The detective leaves the room while the lights are turned out and players walk around amongst each other.

The murderer will tap other players on the shoulder, silently killing them one by one, trying to “kill” as many players as they can before the lights go on again.

Tapped players can fall down or make dramatic dying noises, but when players come across someone who has been murdered, they scream out, “Murder in the dark!”

The lights are then turned on and the detective has to guess who the murderer was from those left alive.

Just like a traditional treasure hunt, but Halloween themed and in fancy dress.

Who said Halloween parties were just for the kids? Yes, it might not be a good idea to go trick or treating as a grown up, but when it comes to party time, there’s fun to be had for all ages.

Halloween wouldn’t be the same without a little Hocus Pocus and in this case we’re talking about the fabulous Bette Midler movie, but watch it with a twist by playing a version of this fun Hocus Pocus drinking game.

At some point during the party one of the guests is found apparently ‘brutally murdered’ – but whodunnit? It’s time for the guests to become super sleuths. There are tons of Halloween murder mystery party ideas online, or why not get creative and come up with a few surprises of your own?