Why The Great British Bake Off Loves Kale! 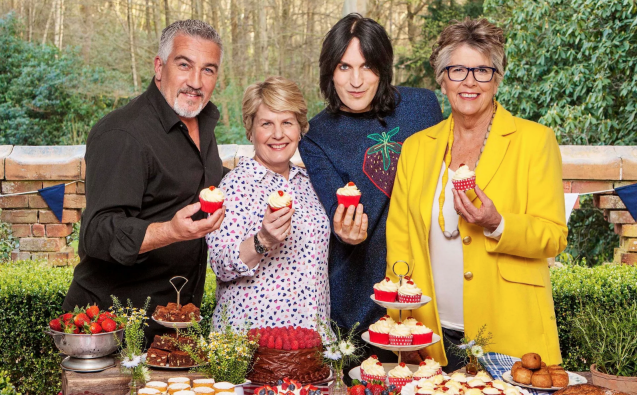 Did you know kale was used in a main dish by one of the finalists of the Great British Bake Off?

Yes, indeed, Ruby Tandoh created the deliciously smokey and Spanish inspired chorizo and kale flatbread which helped her secure her place as runner up in season four, back in 2013.

So, she knew what an amazing addition leafy greens can be to all kinds of Great British Bake Off dishes. But that’s not the only place where our super-daddy superfood could make an appearance.

This year’s slice of TV royalty will feature a vegan week as one of the two new additions to the show. So, it’s out with the eggs and butter and in with the tofu and kale.

Paul Hollywood himself was heard to say that he found vegan food fascinating and that anything created would have to be good for everyone and not just ‘ok for vegan’.

As such, we can’t wait to see some of the amazing dishes to come out of that portion of the show, draw a bit of inspiration and perhaps even have a go at creating a few ourselves.

Bearing that in mind, we thought we’d take a look at some of the amazing recipes that can be whipped up using kale and our very own Kalettes®, because, if it’s good enough for the Great British Bake Off, then it’s most definitely good enough for us!

Kalettes® taste great in a whole host of savoury dishes, whether it’s soups and hearty roast dinners in autumn and winter, or as part of a salad or lighter dish over the spring and summer months. Take a quick look at a few of our mouthwatering favourites:

In addition, kale and Kalettes® make an excellent superfood to add to any smoothie, being packed full of all kinds of health boosting nutrients. For a perfect example, why not try our energy drink of Kalettes®, lime and almonds – simply delicious.

Something sweet with something savoury

In addition to some stunning warm and cold salads, hearty soups and other marvellous main courses, kale has even been used for those who have a sweeter tooth, but want a good dose of healthy while they indulge in a spot of sugar.

Check out some of the many muffins mixes to be conjured up – of course, a great hit with the kids because they can turn bright green!

Ingredients and recipes include kale and banana, coconut kale green muffins, apple and kale, kale and lemon and even pineapple banana kale muffins – there are absolutely tons of sweet veggie recipes to try online.